First Twinning ever with EXARC 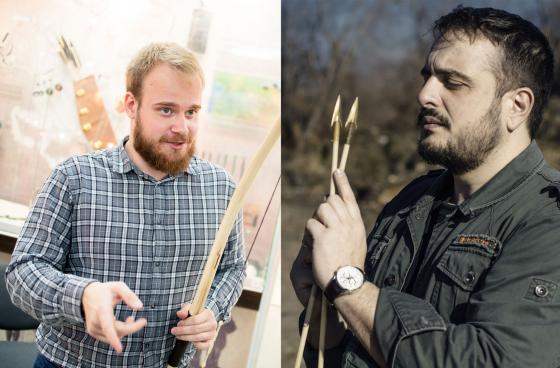 With EXARC twinning, EXARC members can set up projects which otherwise would not take place. In the first ever funding by EXARC, two projects were selected to benefit from EXARC and its network. In both cases, EXARC has been instrumental in bringing the partners together.

Ivan Semyan (RU) and Spyros Bakas (GR), both EXARC Individual Members, have a plan to reconstruct the Sintashta Bronze Age bow and arrow and do shooting trials with these. The experimental archaeology traditions of both countries can benefit from each other.

Project Description
The Sintashta archaeological culture of the Southern Urals and Northern Kazakhstan is the most militarized society in the Bronze Age of Northern Eurasia. The culture includes the tradition of large fortification, the world's earliest finds of war chariots and developed technology for the manufacture of bronze weapons (spears, axes). The joint project will help to recreate the most important weapon of the culture of archers and charioteers, which has made a great contribution to the development of military affairs in Eurasia and Europe. Combination of a chariot and a powerful bow create a new, an elite type of combat appeared.