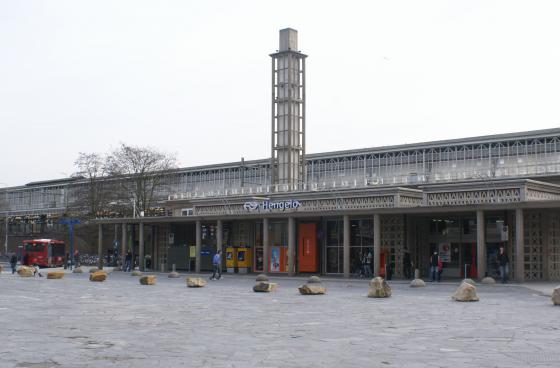 At the experimental archaeology conference Tagung in Berlin, October 1999, Martin Schmidt approached Roeland Paardekooper, mentioning that most experiments presented were actually done at archaeological open-air museums – so why don’t these museums have a network? There are much more issues relating these museums with each other.

There are international contacts between those interested in experimental archaeology and education already for a number of years. These are for example being fuelled during international conferences and foreign field trips. Most of those are at a personal level, based on opportunities. Those are very useful as there are not that many people in 'the business' with exactly the same experiences. For archaeological open-air museums, those personal contacts are sometimes of life importance. One does not have to reinvent the wheel time after time, but one can ask one's colleagues how they have solved their problems in their own way.

Roeland approached Tomas Johansson in Sweden, and on March 7, 2000, Martin, Tomas & Roeland met at the so called Hengelo Meeting. Soon we found out, there were about 300 archaeological open-air museums in Europe, being open-air facilities where buildings, objects and daily life is being shown, based on archaeological finds. In total, there are about 6 million visitors yearly, of which 1.5 million children, absolutely something to take into account.

March 2000, the foundations were laid for a European Network. There are so many activities in Europe concerning experimental archaeology and living history that there is a need for a network to exchange experiences. Things have gone fast after this session. In the course of 2000, the small initiative group became more and more convinced of the use and necessity of an international network.