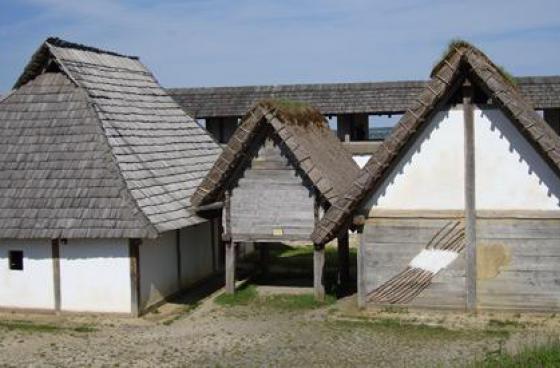 The Celtic King’s Seat at the Heuneburg (Herbertingen, Landkreis Sigmaringen) is a key factor in archaeological research and is of international importance. Research here is comparable to the important French site Bibracte and requires a similar solution. The municipality Herbertingen has about 5,000 inhabitants, less than the King’s Seat itself in its hay days. The combined indoor and outdoor museums are caught in a business model which leads to heavy losses. We were sorry to hear Herbertingen cannot solve this and decided that as far as they are concerned, a public role for the Heuneburg will be ending by October 2013.
By February 2013, EXARC addressed the Land Baden-Württemberg, to be more precise we sent a letter to the State Secretary Ingo Rust MdL, Ministry of Finances and Economy. EXARC explained the unique significance of this archaeological and public site, visited by tens of thousands of people annually who get grips on the story of Celtic Germany in a reconstructed environment.
For almost 12.5 years already, the open air museum at Heuneburg, has proven to be a successful centre, both for the local population, tourist visitors, school groups as well as university students and researchers. One needs both far friends and good neighbours, and EXARC can offer such a network to fall back upon. EXARC believes that another business model is required here – and possible. There are over 300 similar archaeological open-air museums in Europe proving the success of this concept.
To our relief, Finance Minister Nils Schmid said by mid-March the Land would take care that the open-air museum would remain publicly accessible. However, the Land will not take responsibility for running costs of keeping the museum open or change the status of the Heuneburg to Landesmuseum.