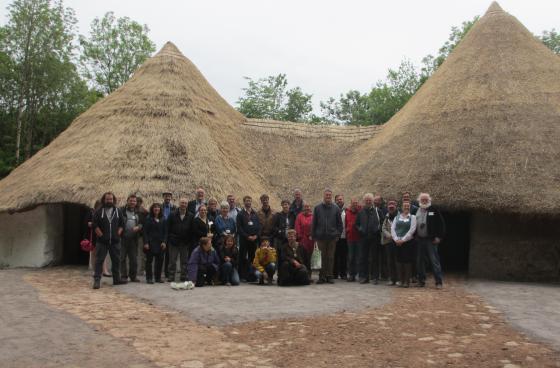 The second day was spent at St Fagans National History Museum where in about 50 stalls craftspeople demonstrated their abilities – from flint knapping to saddle making, from making pottery to making rope. This was very much appreciated by the public. OpenArch delegates also visited the ongoing construction work at the site, not only the modern service buildings but also the new Iron Age site Bryn Eryr.

On the last conference day, delegates visited Big Pit, the National Coal Museum – not just below surface, but also for a long tour through the manmade landscape around the mines. In the evening we ended the conference with a visit to Llancaiach Fawr Manor, a 16th-century manor house presented to the public through first person interpretation. This was also the site for the Urdd National Eisteddfod (25-30 May 2015), an annual Welsh-language youth festival of literature, music and performing arts.