Meetings in the Netherlands, Sweden & Denmark 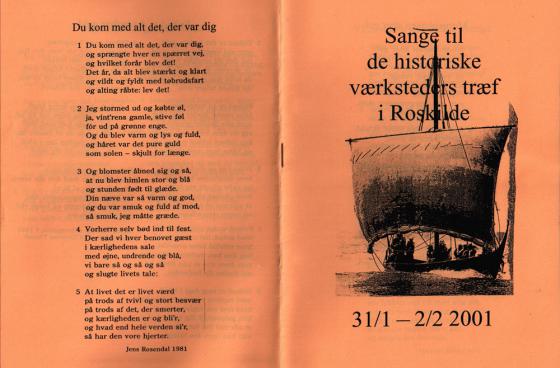 Different meetings of national networks were visited, like for example VAEE in the Netherlands and the meeting of the Swedish NSLF. This association was founded on 26 October 1999 with Tomas Johansson as chair. He was also one of the three persons behind the beginnings of EXARC.

It became clear, the same problems are arising everywhere. One question which everybody tried to answer was for example: how can one take care, seasonal workers will sign up again next season, next year? After all, we are not as strong as larger entertainment theme parks which officially have their seasonal workers working for them all year round, but "hire them" to other companies in wintertime.
In Sweden, the national network is relatively new and looks much different from the one in Denmark, but maybe one has to take into account, the network in Denmark is already fully functional for over a decade by now. Most people attending the meetings know each other already much longer and visit each other more easily apart from the official meetings. Try to do that in Sweden: from Malmö to the farthest archaeological museum is just as far as from Malmö to Middle Italy. The Swedish network only exists a few years by now and has 40 members.
A very special initiative started there in March 2000: a fair was organised around 'ancient technology', in Middle Sweden, in the city of Norrköpping. The target public did not exist of archaeological specialists; the fair was meant for the broader public and was a great success. Until that moment, the projects did not go public to try to attract more visitors. In the old days, there was enough attention for the projects, so no need for getting more PR.

In a way, one is already further in Denmark, where the platform of the so called 'historiske værksteder' counts over 80 members. Over there, they do have to deal with the 'law on the inhibiting lead': in Denmark, one might have been one of the first to unite themselves, but others who came in later have in certain ways surpassed them. If in Sweden most members have well running websites and even a rather extended 'internet portal', this is not that much the case in Denmark. Pity, it all depends on stolen hours of just a few people. There is still no money (not even in Denmark) to pay for such very necessary work, which goes beyond the importance and possibilities of individual projects. What one does accomplish is organising courses for each other; the targeting group is not the local public, but the more experienced educational co-worker of this or that historical workshop. The workgroups of the national platform organise blacksmith weekends, agricultural activities and summer weeks to intensively exchange specific abilities and to be able to master them. Drama, role play or textiles are subjects as well of national activities in Denmark. But this country is much smaller and the projects are on short distance.

Both the meetings of VAEE and NSLF were inspiring for the beginnings of EXARC and so was the meeting we attended of the Danish Network. This is a very loosely organised network of what they call historical workshops – at that time there was no website, just an address list and a few volunteers coordinating the network. However, the network had about 80 centres connected. The Danish network is much about education and its main activities are mini, midi and maxi-meetings where museums organise activities for each other, for example blacksmith meetings or a weekend about role play drama or textiles.