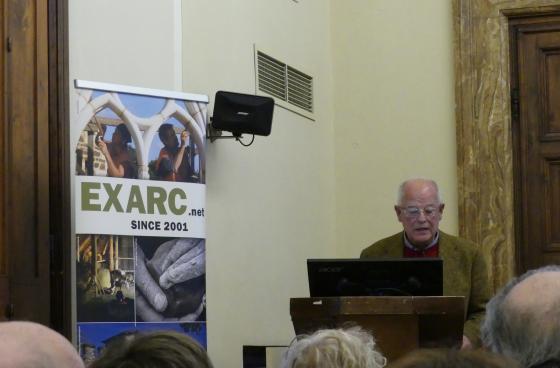 From February 22nd to 24th in Florence (Italy) took place the fifth edition of "TOURISMA – Exhibition of Archaeology and Cultural Tourism", organized by the magazine Archeologia Viva, dedicated to the communication of great archaeological discoveries and the promotion of cultural heritage.

During Tourisma, on February 23rd, Istituto Italiano di Preistoria e Protostoria organized the conference "Living the prehistory - The experience of archaeological open-air museums", coordinated by Massimo Tarantini and Cristiana Zanasi, with the participation of EXARC.

After a brief introduction by Massimo Tarantini (Soprintendenza ABAP Firenze) and Maura Stefani (who presented EXARC and its activities), started a series of presentations regarding the world of archaeological open-air museums - some of which are EXARC members.

Cristiana Zanasi (Museo Civico Archeologico Etnologico di Modena) opened the session with “The European model: origins and perspectives”, a precious overview of European archaeological open-air museums that allowed her to trace the history of this kind of museums and to identify a series of key words useful for their definition, as well as opening a debate on their management and on the possibilities of widening their public.

Hereafter, there has been space for the presentations of some posters: Maura Stefani described “Parco Archeologico didattico del Livelet (TV)” and Andrea Paribeni (Univeristy of Urbino) presented “A Pioneer of the Open-Air Museums. Giacomo Boni and the hut on the Palatino”, while at the IIPP fair stand it was possible to see the other posters: Skansen Archeologiczny Karpacka Troja (PL), Pfahlbaumuseum Unteruhldingen (DE), Steinzeitpark Dithmarschen (DE), Matrica Múzeum és Régészeti Park (HU) and Archeoparc Senales (IT).

The session ended with the description of some editorial news by Monica Miari (IIPP president) and with a discussion that touched topics related to the maintenance of reconstructed structures, the space for Prehistory in Italian school programs, the possibilities of expanding the public of the archaeological open-air museums and the use of new technologies in the dissemination activities, a source of innovation but also of some pitfalls.

We also remember that during the TOURISMA took place the meeting “plug and tour - Stories of cultural tourism and collaborative innovation in Salento”, organised in cooperation with Vivarch Cultural Association, that includes EXARC member Okra. 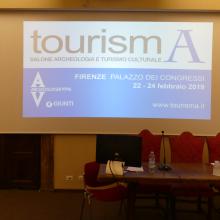 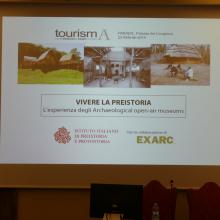 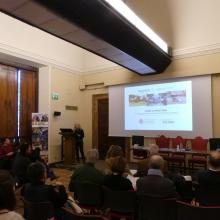 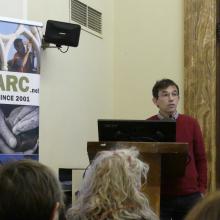 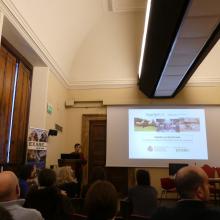 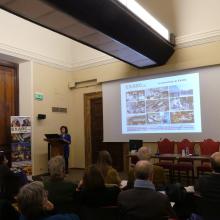 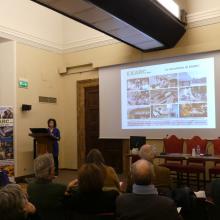 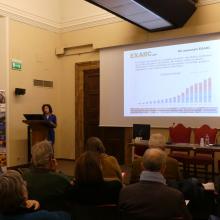 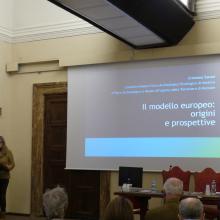