Results of the Project virt:düppel now on Sketchfab! 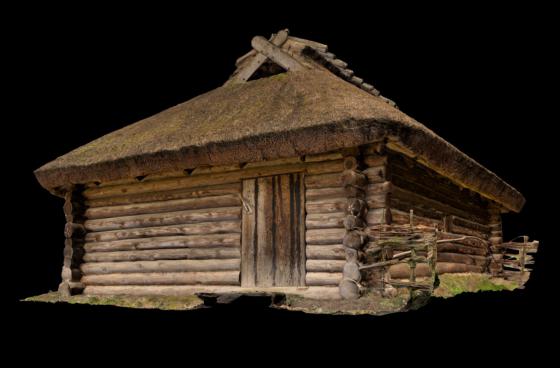 The project virt:düppel was carried as part of a cooperation between the Hochschule für Technik und Wirtschaft (HTW) Berlin and the Stadtmuseum Berlin and was funded by digiS – the research centre for digitisation Berlin. Projekte 2019 – digiS (digis-berlin.de)

The aim of the project was the digitisation of cultural heritage – in this case of the house reconstructions in the medieval open-air museum “Museumsdorf Düppel” - with an emphasis on creating data for the use of virtual- and augmented reality for education.

The reconstructions of the model houses and indeed an entire model cultural landscape are based on excavation results of a medieval settlement. The settlement could be dated to around 1200 AD.

As part of the project virt:düppel the house models in their antrual settings were digitised in 3D using a combination of photogrammetry and 3D scanning techniques. The resulting data can be used for documentation purposes of the reconstructions, as well for educational purposes. Digital models can be used to show alternative interpretations of house reconstruction as well as engaging new visitor groups with cultural heritage through virtual and augmented realities. The 3D-models can now be interacted with on sketchfab. Cultural Heritage & History 3D models | Categories - Sketchfab.

This project with RETOLD Partner Stadmuseum Berlin shows that once information exists digital, there are numerous ways of sharing and reusing it. Digitisation can be a way to tell our stories in ways we have not imagined before.