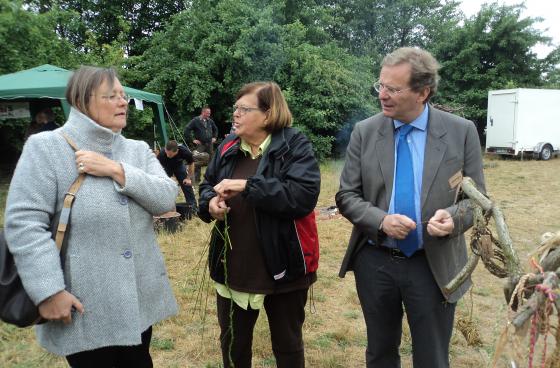 Zeiteninsel near Marburg will be a large prehistoric archaeological open-air museum in the heart of Germany. Preparations started over a decade ago. The advisory board includes EXARC members like Haithabu, Oerlinghausen and also the EXARC Director. Close to Midsummer, on June 21, the advisory board met again, attending an event at the site of the museum-to-be. An important advice of the board was that the money, promised a while back by the country Hessen, should finally flow. Several more scientific questions were discussed as well, including the construction plans for several prehistoric-like houses.