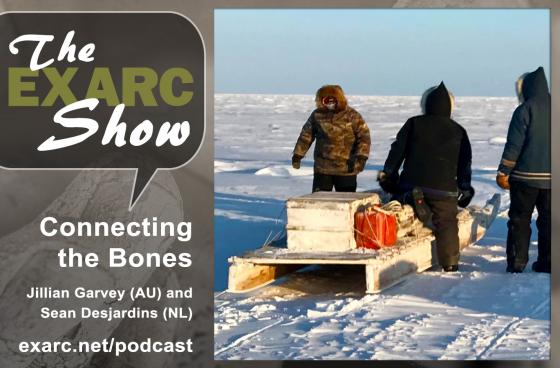 It's the first Friday of the month! And that means it's time to listen in to the latest episode of Finally Friday, where this month we will be talking with archaeologists specialised in human-animal relationships in the past, and indigenous archaeology. Have you always wanted to know how people become zooarchaeologists? What it's like studying ancient animals in remote locations like the Australian outback or the Arctic tundra? How people in the past hunted walrus and wallabies? Then this is the episode for you!

Dr Jillian Garvey is a zooarchaeologist from La Trobe University in Melbourne, Australia. Her research focuses on faunal assemblages from the Late Pleistocene and early Ice Age periods of southern Australia and Tasmania, where her studies include experimental analysis of butchery practices. She is also interested in looking at the future of animal management in Australia by considering the benefits observed from past and traditional aboriginal hunting practices.

Dr Sean Desjardins is also a zooarchaeologist, working at the University of Groningen in the Netherlands, however his research is based in Nunavut, Arctic Canada. His work investigates the relationship between humans and animals, both in terms of subsistence and hunting practices but also in terms of spiritual worldviews. His current project looks at the effect of climate change and colonialism on Inuit life and traditions.

Listen in on your favourite podcasting platform to hear our guests talk about the links between hunting practices in different parts of the world, the importance of collaboration with indigenous communities, and the potential for zooarchaeology as a decolonising approach to archaeological research.