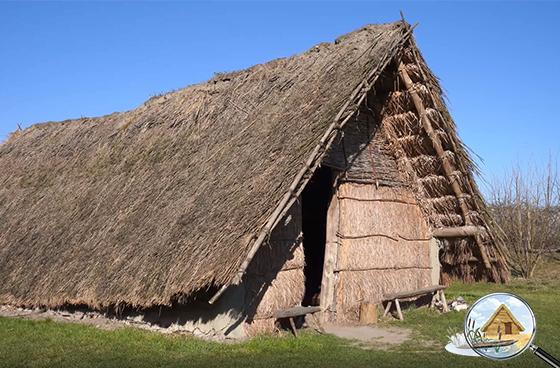 The heavy storms that were blowing through the Netherlands in February and beginning of March this year, sadly had an impact on one of the Stone Age houses at Masamuda. A wind force of 11 hit the house from a different angle than usual and tilted the walls to the side. Several wooden posts inside the house broke so that the wall started to lean inwards.

Ropes were attached to the roof and wooden forks supported the walls from the inside. The team then tried to pull the house back into shape with the help of wooden levers and ropes. The group was split in two: one group was pulling on the ropes from outside, while the second group tried to stabilise the house from within.

It was an anxious moment wondering whether this would work, but in the end, they managed it quite well and the house is now back into its original shape.

For more information on the Putting Life into Neolithic Houses, please check their website.

Image taken from the video made by Yuri van Koeveringe, TGVideo Leiden.